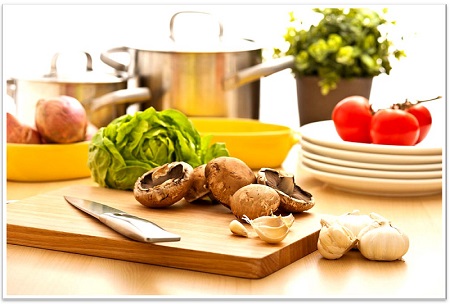 The Food Timeline is the place to be if you love food and history. We’ve mentioned this site on numerous occasions. Have you checked it out yet? We think it’s one of the best sites to browse on your lunch break. It will feed your mind and give you a fresh perspective on everyday as well as rare foods and recipes. Often, when staring at a blank page wondering what to write about next, all it takes is a click over to this site for instant inspiration. Only problem is, it’s hard to click away!

Today we thought we’d share a few highlights of the timeline of recipes. You can view the extensive timeline on the aforementioned website. Saddle up! We’re going on a food journey.

The first recipes for soups and bread date back as far as 10000 BC. Humans began to consume milk and yogurt in 5000 BC. The first recipe for ice cream was recorded 2000 years later, in 3000 BC. The further back we go, the more difficult it is to ascertain accurate timing of events and writings, but historians and archeologists can come fairly close by cross-referencing their analysis of artifacts, historical records and even geological events.

Documentation of recipes seem to increase exponentially by the 1st century AD. Some suggest that Christianity had a significant influence on this as recording stories and events became more prevalent. The Romans may have had a lot to do with this also, as they were exceptional records keepers. The recipes recorded at this time are quite surprising. Among them, cheesecake, French Toast, fried chicken, omelettes and haggis.

The next remarkable food recipe era occurs in the 13th century and it sounds like they had extraordinary feasts back then. Couscous, Mozzarella, waffles and pancakes, lasagna and ravioli recipes are all documented in the 1200’s.

Doughnut and hotdog recipes appear in the 15th century; salsa and potato salad in the 16th century; cream puffs, French onion soup and pea soup in the 17th; lemonade, croissants and pumpkin pie in the 18th. This sounds like an especially delicious time to be alive as muffin, English muffin, crackers, cinnamon bun, mashed potato and sandwich recipes make their appearance at this time.

The 19th century is no less remarkable. Shepherd’s pie, pot pie, tomato catsup, peanut brittle, carrot cake, pecan pie and ice cream à la mode, pesto, hermit cookies, chocolate pie and even Vermont common crackers recipes pop up between 1800 and 1894. We stopped on this date for good reason, and we think you will agree: The first known, officially documented recipe for Eggs Benedict. Brownies, onion rings, shrimp cocktails, Fettuccine Alfredo, Philly Cheese Steak, Rice Crispies treats and Stromboli recipes are but a few guilty pleasures to be documented as of the 20th century.

By then, it had all been tried and true and said and written. The rest is a delicious history of variations on food themes and creative modern-time food trends. And that’s a good place to pause and save our appetite for future food musings.