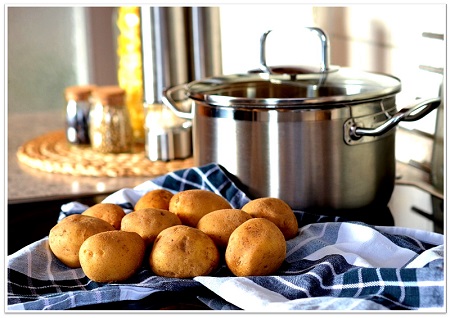 Ah, to have your cake and eat it too, literally! Probably one of the sweetest food expressions, if you take it at face, hmm, fork value. Surely the dream of every self-respecting owner of a sweet tooth. According to scientists and observers of all things culinary, we’ll be able to eat every imaginable food we like with absolutely zero remorse by the time we reach the year 2050, and probably much sooner.

On the other hand, we’ll probably be eating a lot of foods we cannot possibly dream of ingesting right now. It’s not even so much about new engineering. Humans have been GMO-ing for thousands of years. We’ve tipped the scales toward modified species of vegetation and animals just by virtue of our organized fields and gardens and growing and breeding practices. Know why we call it an eggplant? Before human-controlled agriculture, it looked like a white egg, not a purple pear!

What’s next? Genetically Tailored, Nutritionally Enhanced Food. Not sure those words would sound very appetizing on a product label, though the intention may have some merit. But how far can it go? We’ll find out sooner or later, for this wheel is spinning. Fast.

The unassuming banana is a good example. Even our most cleanly and naturally produced fruits and vegetables currently lack about a third of the nutritional value of their ancestors. According to an article by the BBC’s Science Focus Magazine, “Just last year, researchers from Australia showcased a banana with high levels of provitamin A, an important nutrient not normally present in the fruit. To create this fruit, the researchers snipped out genes from a specific type of Papua New Guinean banana that’s naturally high in provitamin A, then inserted them into the common banana variety.” A good read. Check it out – The future of food: what we’ll eat in 2028.

The possibilities seem infinite, and the temptation to push the envelope is surely irresistible. Love potatoes more than you love beef? Protein-enhanced potatoes should do the trick. Don’t like your veggies? Tasteless, odorless, virtually undetectable plant DNA infusions in each burger should take care of that, perhaps even while the cow is still grazing, oblivious to the trickery. It has even been suggested that new, off-the-wall flavors for common foods will invite us to experience eating at levels that defy the senses. We humans just can’t help trying new things, either for the sake of exploration or by necessity.

According to another article, this time by the American Museum of Natural History, “As our climate changes, so will the ways we grow our food. Fortunately, many people are working on ways to produce more healthy and delicious food while sustaining the environment.”

This article points out the merit of some of the suggested solutions to our diet and food crisis, and science can offer these solutions without necessarily tipping the scales toward a modern-day version of the Star Trek food replicators, or at least find a way to do it that is actually healthy. Tall order.

And speaking of tall orders, “By 2050, there will likely be two billion more people. Feeding them the way we do now would require immense amounts of agricultural land we don’t have. But 70 percent of people will live in cities—so why not grow food there, where they live?” suggests the same article.

And this may be our saving grace: to find new strategies using natural ingredients rather than redesigning nature and the entire human menu to extremes. Food for thought.