Our Favorite Quote Of The Week ~ “”It’s not what you look at that matters, it’s what you see.” – Henry David Thoreau

Time Capsule: Food Trends of The 20’s ~ Reese’s Peanut Butter Cups, Velveeta Cheese, Kool-Aid, Wonder Bread and Baby Ruth Candy Bar… all products of the 1920’s. 40 years later, some of these iconic “delicacies” enjoyed a second life that made it look like they had just appeared on the market when television became a fixture in the average American home. Likewise, in the 1920’s pre-sliced and packaged commercial bread was on its way to becoming a fixture, as were ready-to-cook foods. Convenience for the housewife was the order of the day, but mainly for the most affluent members of society.

This is a turning point for the meal made from scratch era. Improvements in commercial and domestic refrigeration increased shelf life. For the first time, people could drink orange juice year round. An anecdotal incident was responsible for another famous dish during the 1920’s. It took place in Tijuana, Mexico, when famous Caesar’s Place was packed with wealthy vacationers who nearly depleted the kitchen so that the remaining ingredients consisted in eggs, olive oil, Romano cheese, Romaine lettuce and bread. Chef Caesar Cardini whipped up an amazing salad. 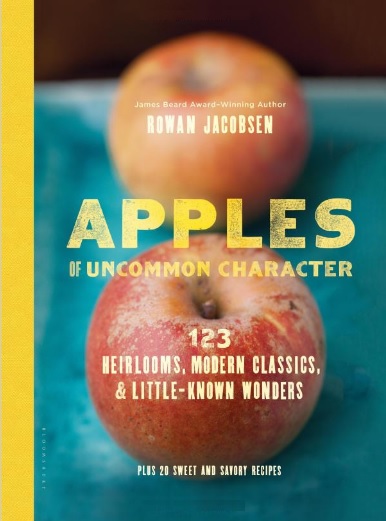 The Varnum Food Fare ~ Apples of uncommon character : 123 heirlooms, modern classics, and little-known wonders. Modern agriculture may have done away with thousands of varieties of wholesome fruits and vegetables, but hundreds of now little-known classic heirloom apples survived. Award winning author Rowan Jacobsen brings them to life as he explores breeding programs, the world of cider and the many ways in which Americans living in past centuries developed fine liquors, wines, desserts and savory dishes with the natural varieties of apples at hand. Recipes will inspire the reader to seek out and discover apples whose flavor rivals the attributes of any currently acclaimed brand. The photography is stunning. The journey is delicious. Explore at The Varnum Memorial Library, or at your own local library.