In This Edition Of Our New Weekly Magazine:

– For The Love Of Avocados
– Odd & Creative Valentine Customs Around The World
– Love In The Animal Realm – G-Rated!

For The Love Of Avocados – Picture this: 1992. The Bronx. A man, dressed up as an avocado steps out of an avocado-green car bearing a basket filled with avocados. The Host of famous TV show “Good Day New York” is at his side. Together, they begin to knock on doors offering to cook a California Avocado omelette for breakfast. A beautician on the crew provides an avocado mask for the lady of the house. The justification for this odd event? It was June, the month of avocados. In truth, a marketing firm intent on making the avocado as popular as the apple was behind the gig. It worked. The avocado gained popularity long before we fell in love with nachos.

Odd & Creative Valentine Customs Around The World – At another time, in Denmark, men sent anonymous, funny love notes called “gaekkebrev” to the women they loved, signing with only a clue of their name. The women had to guess. In 18th century England, single women pinned bay leaves to the corners of their pillows. These were believed to reveal one’s future husband in dreams. In Japan, it is the man who was spoiled with gifts of chocolate from his lover. The tradition was introduced in 1936 with the first Valentine ad placed in an English newspaper by a candy maker. France had the most peculiar tradition by far. Single men and women went into the houses facing theirs and took turns calling out to each other until pairs were formed. Which is your favorite?

Love In The Animal Realm – G-Rated! 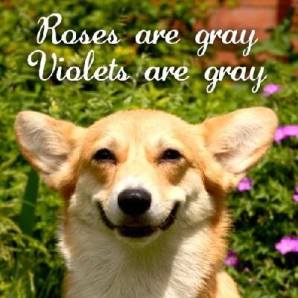