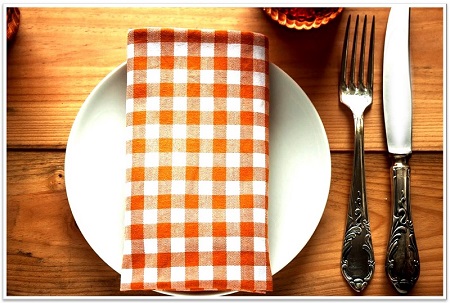 The Ancient Greeks, Romans and Egyptians lounged around lavish tables. Roman generals unfurled territorial maps atop common, trestle-mounted wooden tables. Chiefs of state have sat around square and round tables for thousands of years to discuss matters of authority and power. And yet, the first known patent for a simple table was acquired in October of 1896 by African American inventor Henry A. Jackson. There was a two-fold functionality to his design, mind you: It included a drawer for cutlery, a pull-out cutting board and a storage shelf beneath the serving surface.

By then, the dining room was moving ever closer to the kitchen and many family homes were designed with a formal dining room and a separate, smaller dining area for less formal occasions. Before this, the common kitchen table was essentially a working surface for chefs in pubs and diners and for servants in the homes of the wealthy.

In his book titled “English Home Life,” American essayist Robert Laird Collier (1835 – 1890) said of dinner that it was “the symbol of people’s civilization.” Indeed, it now appears to be a symbol of culture itself. The table has been the centerpiece of leisurely al fresco evenings in the ancient Italian countryside; of high society gatherings in the mansions of the wealthy; of the servants’ kitchen both as food prep board and a place for a quick meal (room and board); of the daily, ordinary home-cooked meals of the working class during the Industrial Revolution; and the school homework and family dinners characteristic of the 20th century.

But moving the dining room closer to the kitchen or doing without it altogether in favor of the kitchen-slash-dining room most of us grew up with, was not merely a matter of design or preference or even status. The dining table had been set in a room away from the kitchen for practical reasons. First, privacy from the kitchen crew. Second, larger families and a favorite pastime of entertaining guests meant expansive meal preparation, many pots on the stove, many fires in the hearth and a very hot kitchen. Many a house was burned during the preparation of a feast.

Also, dining as ritual and not solely for everyday sustenance was the realm of the rich and noble. Their families were large; their guest and servant list even larger. And they loved entertaining. Nothing wrong with that. Long, refectory-style tables were designed around their traditions.

The Great Hall of the Middle Ages preceded the private dining room and was usually in another building altogether or several floors and rooms away from living quarters. Individual seating itself is a relatively new concept. Long benches typically provided a resting place for large assemblies. Individual chairs became more common as the table moved away from the Great Hall and into the private dining room.

Décor was the next item of concern. If one is going to serve a lavish meal at home in one’s private dining room, it stands to reason to make it a true reflection of one’s status. Ornate chandeliers, sideboards and framed paintings surrounded the table. It, too, changed from a practical shape to an artistic expression of “tablehood.” It is interesting to note that this did not please everyone. The most ornate and prized antique tables we covet now were frowned upon in Victorian times (1837 – 1901) when it was feared that anything suggestive of a female shape, such as a leg, might be too alluring to a man’s imagination. Thank goodness for tablecloths.

In spite of all technological and cultural advances, the kitchen table remains the centerpiece of our homes. Its very history is a testament to our instinct to find a resting place where we can share sustenance in the way of food and conversation. When you think of it this way, it almost seems that with all the diners and restaurants and picnic areas and public places in the world there should be little reason for animosity.