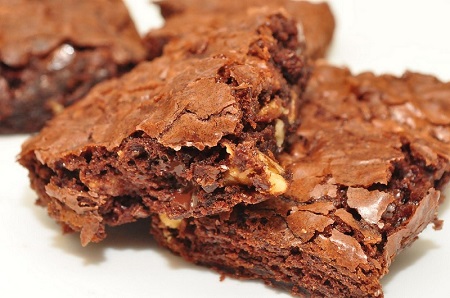 The first week of December is Cookie Cutter Week. Ancient Egyptians beat the Romans on this one, shaping little bite-sized honey cakes before baking. The practice spread through Europe and to the New World over time. Wooden cake molds were popular in 16th century Germany, particularly in the Black Forest region where wood carvers produced molds in the shape of little men, women and animals. 17th century traveling tinsmiths recycled scrap metal into playful shapes they gave out to customers as gifts for their children. Wooden mold carvers eventually inserted such shapes into their molds for more detailed shaping. Commercial cookie cutter manufacturing first takes hold in New York City, in the late 1800’s. The gingerbread man is the all-time most popular cookie cutter. The heart and dog bone come in second and third place respectively.

December 4 is National Cookie Day – A fitting start to this week! The Animal Cracker was the first commercial cookie in the United States. It was introduced in 1902. Nabisco sold it’s first Oreo Cookies in 1912. As for the Girl Scouts, their cookie enterprise began in 1920. The American cookie Jar became popular during the Depression years, in the 1930’s. Prior to this, people traditionally obtained baked goods from local shops, but as economic insecurity set in, housewives began making more of their own breads and cookies. The cookie jar kept the confections fresh longer, and safe from rodents. If you every travel to Joplin, Missouri, look up the National Cookie Cutter Historical Museum.

December 5 is National Sacher Torte Day – Sachertorte, actually. Prince Clemens Lothar Wensel Metternich of Austria was a gourmet who loved to awaken his taste buds to new experiences. In 1832, he requested a new confection from a Viennese establishment whose head chef happened to be incapacitated at the time. Young apprentice Franz Sacher, age 16, produced the now famous apricot jam layered chocolate cake. The genius combination was inspired by the ingredients at hand and the urgency to please the prince. Franz and his family went on to operate some of the finest restaurants and cafés in the world, and the famous Hotel Sacher, all of them favorite meeting places of the aristocracy.

December 6 is National Gazpacho Day – Some think the Gazpacho, known for being served cold, is originally from Mexico. In fact, it originated in the Southern region of Spain known as Andalusia (1st to 8th century) where, interestingly, it is now served hot more often than cold. The name, “Gazpacho,” may come from the Latin “Caspa,” or the Hebrew “Gazaz,” both referring to “little pieces,” as the region was influenced by many surrounding cultures. The original version was a blend of stale bread, garlic and olive oil mixed with water. The version we know today may have evolved after Columbus returned from South America with pepper and tomatoes (15th century). Today, the name “Gazpacho” refers to any cold soup with vegetable base.

December 7 is National Cotton Candy Day – There is only one ingredient in Cotton Candy, sugar, but it is the product of four minds, in 1897. The original product was marketed in Tennessee under the name, “Fairy Floss.” Inventors Josef Delarose Lascaux, Thomas Patton, John C. Wharton and William Morrison conceived the first electrical centrifuge machine used for spinning sugar into the cloud-like confection. Candy makers Wharton and Morrison introduced the unique sweet to an astonished audience during the 1904 St. Louis World’s Fair. They were so successful that it is said they netted over $15,000 in sales in a matter of days. The name “Cotton Candy” came into use in the 1920’s.

December 8 is National Chocolate Brownie Day – Chocolate Brownies may have been an accident. Legend has it that a chef ran out of baking powder for a chocolate cake; or was it flour? However, all points to a far more probable origin. Chicago, World Columbian Exposition, 1893, Palmer House Hotel. The event’s organizers asked Bertha Palmer, the hotel chef’s wife who was also involved with the event, to provide a dessert suitable for a boxed lunch intended for the Women’s Pavilion. They needed something that was small, satisfying and easy to eat. The recipe the chef created included walnuts, double the chocolate we use today and an apricot glaze. Bertha’s Brownie is still at the top of the hotel’s dessert menu today.

December 9 is National Pastry Day – The Romans and the Egyptians started this sweet culinary trend. They wrapped a flour and water dough around meat to retain the juices while roasting. The dough was not consumed. The practice spread around Europe and eventually the New World, where it was still common during the early days of colonization. For centuries, pastry dough was reserved mainly as a receptacle for pie fillings. Crust garnishes evolved from this practice. A garnished crust identified a savory pie. The crust was not merely pressed with a fork then. Instead, dough was shaped into leaves and tassels and applied to the dish prior to baking. A plain crust was reserved for a fruit filling. Italian and French chefs perfected the art of the pastry between the 13th and 17th century (Renaissance). The éclair and cream puff were invented by early 8th century chefs.

December 10 is National Lager Day – The name, “Lager,” is German for “Storehouse.” And “Lagerbier,” means “beer brewed for keeping.” Lager is of Bavarian origin (southeastern Germany). The process involved in the creation of this beer was perfected by 19th-century brewers who used a bottom-fermenting yeast and placed the beers in prolonged, cold storage for maturation. This initially took place in caves in the Bavarian Alps. Bavarian hops and techniques were brought to the US in the 1850’s. As for the chief difference between ale and lager: Ale uses the same yeast as is used in wine and bread making. It rises to the top during fermentation, before settling to the bottom. Lager uses a different species of yeast that remains on the bottom, resulting in a clear beverage.