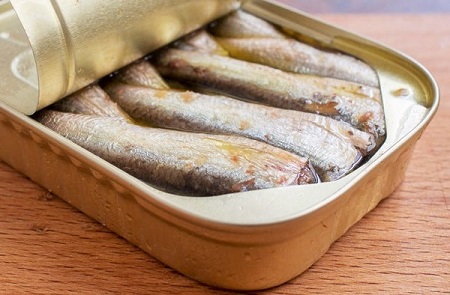 In addition to Peanut Butter and Raisin Bread (see previous articles), November is National Pepper Month. And pepper is the stuff of legends, quite literally. Indeed, for centuries, there existed a remarkable monopoly over pepper trade routes thanks to the traders’ clever fabrication of fantastic tales of creatures who ferociously guarded the precious spice. The fact that pepper is solely indigenous to Southwest India greatly enhanced its value and the impression the stories made on would-be trading competitors. Ancient Roman and Greek records suggest that pepper trading began as far back as 1000 BCE. The use of pepper spread mainly via Italy, gaining such popularity that it counted for 70% of the world spice trade.

November 21 is Gingerbread Day – As you already suspect, Gingerbread is not bread at all; so why is it called that? The name first appears in 15th-century France and England and refers to “preserved ginger.” However, the first documented recipe is of Ancient Greek origin, around 2400 BCE. The animal and little men shapes were popular at Medieval Fairs and were made popular by Queen Elizabeth I. The elaborate garnishes sometimes included gold leaves. The Gingerbread house may have become  popular as a result of the Grimm’s Fairy Tales (1815). However, it is more probable that the confection already existed. German gingerbread is usually honey-based; ours is molasses-based.

November 22 is National Cashew Day – Unlike other fruits, which grow their seeds within the flesh, the “Cashew Apple” grows its seed as a stem outgrowth at the bottom of the fruit. Incidentally, the fruit in question spoils within 24 hours of harvesting, making its seed far more profitable for commercial use. The Cashew plant is a native of Brazil. 16th-century Portuguese sailors brought it to Africa and Indonesia. It is now cultivated in over 20 countries in that part of the world. There is good reason for the cashew to not be sold in the shell. A resin encased within the very hard shell layers causes skin blisters. This resin is harvested for other uses, such as in the manufacturing of varnish and rocket lubricant.

November 23 is National Espresso Day – The first Espresso machine was known as the “New steam machinery for the economic and instantaneous confection of coffee beverages.” It was manufactured in 1884, in Turin. Coffee houses were big business in 19th-century Europe. The time was ripe for new inventions to improve brewing time and appeal. The United States received its first Espresso machine in 1927. It was installed at Reggio’s, an Italian café in Greenwich Village, New York. Lattés (espresso and steamed milk), a variation on the standard Espresso, became popular in post-WWII America. Cappuccino (espresso with hot milk and frothy milk garnish) was favored in Europe.

November 23 is Eat a Cranberry Day – Native Americans knew the cranberry well. As you might imagine, they made full use of it, from mixing mashed cranberries with deer meat to making dye and poultices to draw poison from arrow wounds. East Coast tribes called it “bitter berry.” Dutch and German settlers named it “crane berry,” upon observing the flower’s close resemblance with the head of a crane. Cranberry farming began in the 1800’s. The fruit was dry-harvested by hand for many years before wet harvesting became the preferred method. Flooding the plants caused the berries to float up where they could be collected far more efficiently.

November 24 is National Sardines Day – What do sardines and Napoleon (1769 – 1821) have in common? Why, canning, of course. In an effort to devise a better way of feed his sea-faring troops, Napoleon offered a generous reward to anyone who could figure out how to preserve foods during long voyages. Canning was invented in response to the challenge. Sardines, comprising the herring and various close cousins, have been consumed by coastal and insular Mediterranean communities since antiquity. The name comes from the island of Sardinia, where it is believed fish was packed and preserved in oil for the first time. The expression, “Packed like sardines,” first appears in America in the early 1900’s.

November 25 is National Parfait Day – We celebrated National Strawberry Parfait day in June, five months ago, to the day. May 1st was National Chocolate Parfait Day. Stands to reason that there should be a plain and simple Parfait Day in the mix, though honoring this dish in late Fall is a bit mysterious if you happen to be a New-Englander. The American Parfait is built around layers of ice cream and syrups, with a fruit garnish. The original Parfait was first served in France, sometime in the 1800’s. It consisted in a coffee-flavored ice dessert extracted from a tall mold and served on an ornate plate for extra appeal. The Parfait glass was an American idea.

November 26 is National Cake Day – The origin of the name “Cake” is certain to make little kids giggle. It comes from and old Viking flour and honey confection called “Kaka.” It is known by many names around the world, such as Gâteau in French, but in no other language beside English does “Cake” mean cake, exactly. Ancient Egypt is credited with the first evidence of baking skills, including sweetened breads. The Romans made fruitcake and the Greeks made cheesecake. Ornate cakes were common centerpieces on the banquet tables of the affluent Englishman, but these were purely decorative. The French introduced the notion of small, after-dinner “petits gâteaux” around the mid-19th-century. Interestingly, the word “gâterie,” means “little treat.”