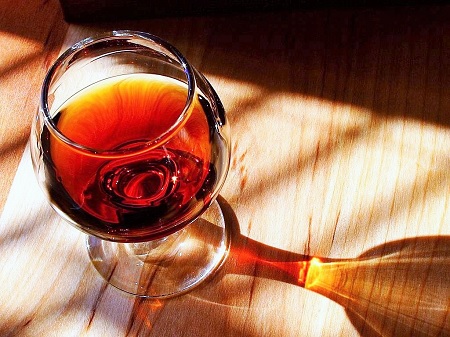 The fourth week of May, you’ll be happy to know, is National American Beer Week. The word “beer” comes from the Latin verb “bibere,” meaning “to drink.” The art of beer brewing in America dates back several centuries. In the 1580’s, Virginia colonists brewed their own ale from corn. In 1609, the words “Help Wanted” appear on an ad published in London and inviting brewers to join the Virginia colony. The first known brewery in the New World is established by Adrian Block & Hans Christiansen in 1612 in New Amsterdam (modern-day New York). The first known American Brewster took over the Edinburgh Brewhouse in Philadelphia in 1734. Her name was Mary Lisle. Curious? Learn more at Beer Advocate.

Meanwhile, to tease your taste buds and feed your mind this week…

May 22 is National Vanilla Pudding Day – You would think that pudding is one of the simplest forms of dessert, perhaps common among all classes. In truth, it was enjoyed primarily by the wealthy of Europe’s Middle Ages (5th to 15th century). Back then, even English-speaking folks knew it by its Old French name, “Blanc Mange,” meaning “white dish.” The original recipe consisted in a pureed stew of milk, sugar and shredded fish. It turned into a cream and egg based dessert sometime in the 17th century.

May 23 is National Taffy Day – Isn’t taffy the same thing as butterscotch? Yes and no. Butterscotch is sometimes referred to as an American-style taffy. The main difference is in the method of preparation and consistency. British taffy is boiled to 310°F, known as the “hard-crack” stage. American taffy, or butterscotch, is boiled to a “low-crack” stage, or somewhere around 270°F to 290°F. They name may come from “Tafia,” a West Indian rum originally used to flavor candy.

May 24 is National Escargot Day – The mysterious, and for some delicious, creature known as snail certainly has the most unusual name in the culinary world. Escargot has its roots in Old French and Latin for “edible shellfish,” and also borrows from another hard-shelled creature that is otherwise unrelated: the scarab. Snail shells found in archaeological digs suggest they were a delicacy in prehistoric times. If you’re imagining a Roman feast again, you are spot on.

May 25 is National Brown-Bag-It and National Wine Day – Hmm, which one would you rather discuss? Dom Pierre Pérignon. Rings a bell? He was the French Benedictine monk (1638-1715) who experimented with wine-making methods and in fact improved the process. He was one of the earliest advocates of organic wine-making (oui, even back then) and his techniques are still in use today. It is the Benedictine and Cistercian monks of the Middle Ages who preserved the ancient art of wine-making.

May 26 is National Blueberry Cheesecake Day – This decadent dessert takes us back to the 1st century AD, and to the works of Roman Politician Marcus Porcius Cato. In fact, his only preserved writings consist in a treatise on agriculture in which he covers such delicious topics as wine-making and cooking. One recipe stands out. Libum: mortar crushed cheese mixed with flour and eggs, formed into a loaf and baked. Such cheese loaves were common fare for the athletes of the first Olympic Games (776 BCC).

May 27 is National Grape Popsicle Day – We have a sweet recipe for this one. It focuses on the grape side of things, for a healthy take. It will serve several guests… or a few energetic and hungry kids. Ingredients: 50 red grapes, 1/3 cup plain Greek yogurt, 3 TBSP finely chopped pistachios. Instructions: Place yogurt and nuts in separate bowls. Line a baking sheet with parchment paper. Insert a toothpick at the stem end of each grape. Dip each grape in yogurt, about half-way. Then dip into pistachios and place on the lined baking sheet. Freeze overnight. Leftovers (yeah, right) can be stored in a plastic bag, in the freezer.

Thursday coming right up!
Spinach & Artichoke Dip. One of 7 delicious preludes to your favorite Brunch dish. See all here >>> https://158main.com/menus/
Grilled Lime Chicken Salad with Greens, Guacamole, Artichoke Hearts, Tomato, Carrots, Red Onions, and Honey-Lime Vinaigrette. Just sayin’. See you Thursday.
Omelette, Toast and Eggs or Grilled Maple Bread with Maple Ganache? Happy Sunday!
Lunch on a sub-zero day, when you need to work outside all afternoon. Fuel up!
Kayla, closing shop at the end of a calm but steady day. Esther is on tomorrow. See you then!