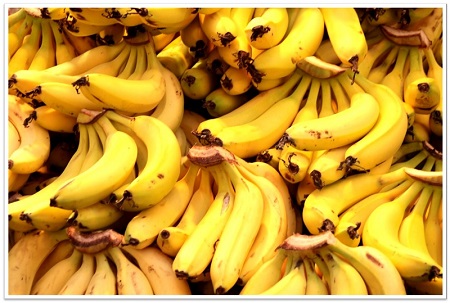 We’ve all seen videos of people who slip and fall and whose bodies seem to go into contortions defying the laws of physics between to tipping point and the crash. And we’ve all laughed, of course. It’s not that we lack compassion. It’s just that there is humor in the moment. Thankfully, the person who fell generally laughs too, as though the incident suddenly reminded everyone that we often take ourselves too seriously.

The banana peel skit has been portrayed on screen and in cartoons since the first silent films around 1891, and so many see a connection between the antics of a victim of the discarded peel and the expression, “going bananas.” But, in truth, this expression is most likely linked to its predecessor, “going ape.”

“Going ape” is said to have become a popular expression denoting a sudden outburst of emotion or frenzy around 1950. It may have originated on the Jazz music scene and appeared in newsprint following an audience’s unrestrained reaction to an exceptionally good musician. The expression denoted any loss of composure, from going crazy with enthusiasm to giving in to an irrational outburst of anger in reaction to a perceived injustice.

Apes and monkeys do not abide by the same social rules we humans try to emulate. They are free spirits and so indeed given to outbursts. The connection is obvious. So why bananas? There seems to be little logic here; a mere derivative. What linguists do know is that this twist appears first on American college campuses, sometime in the 1960’s.

And then, of course, there is the fact that this expression can be turned on itself and apply to the person who is speaking, as in, “You are driving me bananas.” This is not unique, mind you, and we’d go bananas trying to find all relevant examples at this time.

Finally, some might also point out that only apes and monkeys truly know how to peel a banana; proof that we sometimes go bananas making things complicated that are truly quite simple. Then again, this is precisely what keeps our sense of humor alive and well.