Writing from the 158 Main counter/bar sometime between breakfast and Lunch. It was Thursday. The front door had seen a constant stream of patrons, locals and visitors. The life and spirit of the dining room made it seem like the entire world was at peace.

On the flat screen above, a constant stream of the turmoil of the day ranging from foreign tragedies to the actions and words of our nation’s leaders. The contrast between immediate surroundings and the news on the screen was tangible.

Most noticeable, however, was Esther’s signature bursts of laughter. She busied herself from kitchen to tables, spreading that unshakable lightheartedness that instantly flushes out any doom and gloom from even the most fearful mind.

There is one more character (the term is used amicably) to our story. Ellen Hill enjoyed the Soup du Jour at the opposite end of the counter. The flat screen inspired an emotional discussion. Esther chimed in. It was serious, and yet. Her bright attitude dissipated the mood as fast and as powerfully as a flash flood.

The next idea came effortlessly. As the flat screen returned our attention to domestic politics, we imagined a playful campaign titled, “ESTHER NATION.” … We, the humble people of every county, village, city and town of our nation, shall gather around folks of cheerful disposition, and visit establishments radiating such spirits as often as possible so that we may keep all that is good and lighthearted at the center of our lives.

A playful snapshot ensued, with no clear plan whatsoever. The entirely different article that was taking shape on the screen stopped in its tracks. The rest unfolded effortlessly. Thank you, Esther… and to all who bring good cheer wherever they roam. 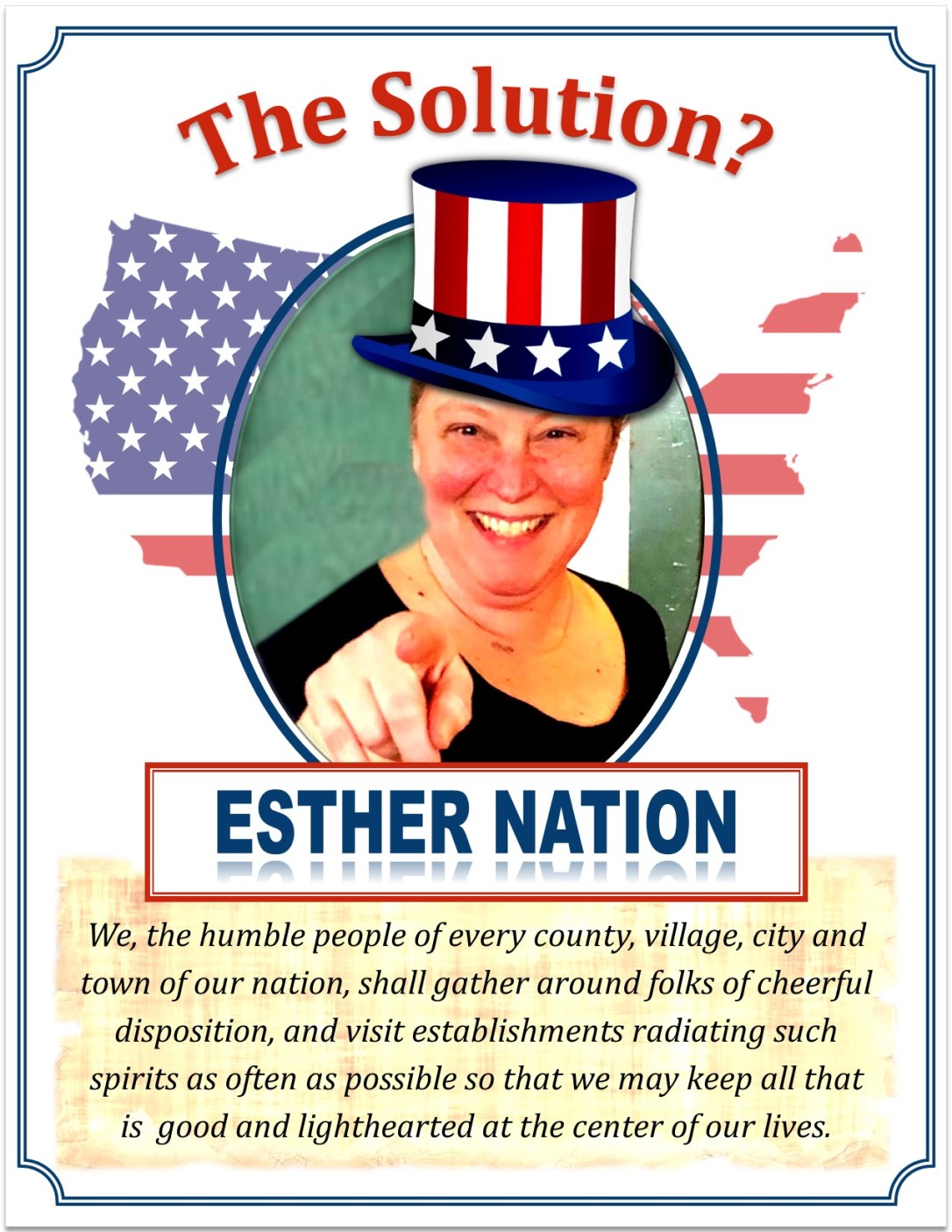 Thursday coming right up!
Spinach & Artichoke Dip. One of 7 delicious preludes to your favorite Brunch dish. See all here >>> https://158main.com/menus/
Grilled Lime Chicken Salad with Greens, Guacamole, Artichoke Hearts, Tomato, Carrots, Red Onions, and Honey-Lime Vinaigrette. Just sayin’. See you Thursday.
Omelette, Toast and Eggs or Grilled Maple Bread with Maple Ganache? Happy Sunday!
Lunch on a sub-zero day, when you need to work outside all afternoon. Fuel up!
Kayla, closing shop at the end of a calm but steady day. Esther is on tomorrow. See you then!