Our Favorite Quote Of The Week ~ “If you smile when no one else is around, you really mean it.” – Andy Rooney.

Time Capsule: Food Trends of The 70’s… Brunch is so, well, modern. Isn’t it? In truth, the Brunch Trend begins back in the 1970’s at the same time as Sunday family schedules become more relaxed and less strictly designed around church. Brunch has a special status, of course. “You do not eat brunch. You do brunch.” Said Ira Krasnow of The Chicago Tribune. If you got married in the 70’s, it is a fair bet that one of the household gifts you received was a fondue kit. And it is a fair bet that this is one gift you actually used, sharing meat, cheese or chocolate fondue with friends the way we gather around for pizza today. Speaking of appliances, the microwave and crock-pot became popular in the 70’s, and they were a welcome convenience as increasing number of women were juggling home and career life. So, what was your fondue skew color? 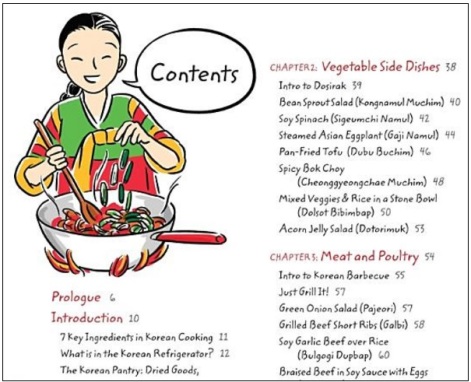 The Varnum’s Food Fare – Cook Korean! A Comic Book with Recipes… Illustrator Robin Ha moved to Huntsville, Alabama from Seoul at the age of 14. The cultural isolation was poignant, but young Ha made new connections through her love of doodling, as this caught the attention of schoolmates who had an interest in Japanese Manga Comics. Ha later graduated from the Rhode Island School of Design. Cook Korean! is a lightheartedly illustrated account of her journey from Korea to America and how her personal food traditions found and outlet in the West by way of her expanding connections to new friends and their own food traditions. From Snacks and Street Foods, Meat and Poultry, Seafood, to Cocktails and Anju, Ha’s “Comic book with recipes” puts delicious traditional Korean Cuisine at our fingertips in a personal, from the heart voice that gives its true flavor to each dish. Explore at The Varnum Memorial Library, or at your local library.

Over a Century of S’Mores… You may not realize this, but you probably know (and love) a distant cousin of S’Mores: Mallomars. The first box of the irresistible chocolate-coated marshmallow cookie was sold in West Hoboken, New Jersey (subsequently merged to Union City), in 1913. The inspiration for the confection can be traced back to Victorian times, when “sandwich cookies” were favorite bouchées of the fortunate classes. These consisted in bite-size sponge cakes filled with cream or jam. As for S’Mores proper, the recipe appears first in a Girl Scouts of America’s 1927 book titled, “Tramping and Trailing with the Girl Scouts.”